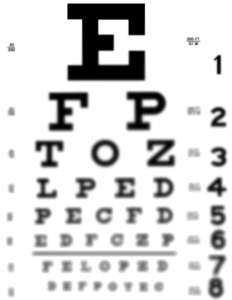 The Adams State University (ASU) Board of Trustees has extended Dr. Beverlee McClure’s contract as university president another three years and that is a fine thing. ASU needs continuity and a leader needs assurance that they will have the time required to play the long game.

It was arguably unfair for the Board to initially award her only a year’s contract; how can you expect her to plan for the long term if the prospect of severance looms in only a few months? So it is not surprising that, despite her frequent use of the word “strategic” during her candidate presentation, she has only been able to think and act tactically. With her securing greater professional longevity, we can now expect her to think strategically.

Which raises a point: what became of the strategic plan? Her predecessor had initiated the drafting for the 2013/16 strategic plan but it had not been completed, let alone implemented, by the time 2016 rolled around… Not surprising given that it was riven with waffle, fluff and navel lint. It was barely a document to get your teeth into.

Now we are onto the 2020/20 plan, and hopefully as per its name, it will be sharply focused, giving employees a clear insight as to how their work needs to change for ASU to succeed.

In the first few weeks of Dr. McClure assuming the top job, she held a “town hall” to which all university employees were invited in order to contribute to the development of the strategic plan. Large white sheets of paper were distributed to each of the dozens of tables laid out in Plachy Hall. There were three questions posed: what is ASU good at; what is it poor at; and what can we do better (making question two redundant).

With magic markers, participants wrote down their comments. Dr. McClure and Dr. Matt Nehring conducted themselves with vigor. Everyone was gratified to be included, to have their ideas recorded.

But the swathes of white paper have vanished into the ether. Was the Plachy plenary a hoax? In large organizations such as ASU, you should expect a strategic plan to be ready for consultation with stakeholders within six weeks of initiation, with promulgation in three months and roll-out in six months. It’s not that hard, if you know what you’re doing. Just sayin’.

What hope do we have of completing the 20/20 plan before the year 2020 when one senior ASU officer responded to a colleague seeking alacrity with, “What’s the hurry? Things go slow in academia.”

Therein lies a problem and Dr. McClure is up against it. Her primary advisors and allies – despite her own proclivity for spontaneous action – are dragging the chain. They feel safe and secure professionally because she relies on them for support, so they can continue to do what they have been comfortable doing for years.

We often, only half-jokingly, talk about “Alamosa time” or “Valley time.” But here is the problem for ASU: it can continue to think of itself as a small Podunk college in the middle of nowhere serving the offspring of potato farmers and cattle ranchers or it can finally wake up and see that it is paddling in a much bigger pond.

“What’s the hurry?” The world is changing rapidly and we are standing still. And without moving a muscle, ASU is sliding backwards. If we amble, we will be left behind. If we shuffle into a jog, we will struggle to see the back of the pack – surely an irony for a university whose one great success story is the speed of its cross-country athletes. Meanwhile, other universities are moving fast, competing for students not just in state but around the country and around the world.

No one can expect miracles from a new president in their first year. But now that Dr. McClure has been awarded a long term lease, we can legitimately ask: where is the 20/20 strategic plan? What is the brave new goal that will catapult ASU out of the Doldrums, out from under the shadow of Moody’s gloomy credit downgrade, and out from under the reproving brows of the HLC? When do we get to see some great stories hatched at ASU?