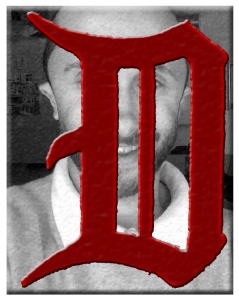 President McClure repeatedly, deliberately, and with great emphasis refers to Danny Ledonne as a “non-employee, non-student”. In doing so, it is clear that she is openly communicating the foundations of ASU’s future legal defense. But she is also employing these labels as weapons (and not for the first time – see The Charge of “Sexism”: A Means of Suppressing Free Speech), as a means to verbally excommunicate Danny from membership in the Adams State and broader San Luis Valley communities.

In an exchange with a faculty member on November 18, 2015, McClure expressed great confusion about this concept of community membership:

Faculty: Well I’ve got some ideas. It seems like there are quite a few people in this room even that have connections to Danny, and care about him. And for them to approach him and say, “Look Danny, you know, we’ve had these complaints, and it seems like you really want to maintain your membership here on ASU campus and the Alamosa community, and this is gonna end up with you being excluded, and what are the issues here, can you explain your behavior…” You know, let him know that he’s valued to some people, which he certainly is – that’s pretty clear from the long list of signatures, that people do care, have offered to withdraw money over this issue, or faculty who have listened and talked to him and offered advice on this situation for him to be…Christy Miller I believe –

McClure: Can you explain – ‘cuz I’m confused – for a nonemployee, nonstudent, what was his membership on, in here– I’m sorry, what do you mean by “membership”?

Faculty: Well, he was – he wanted to maintain that – relationship –

McClure: But what do you mean by “membership” –

Faculty: Well not membership, but, but his…interest in the community. Where he’d been shooting video year after year, it was I understand somewhere around $10,000, and he’d expected it had gone up to around $20,000 for this year. So there’s more than just him applying for a job –

McClure: He wasn’t on contract with us.

Faculty: Ehhh, at the point, at the moment of this issue –

McClure: He’s not an employee, not a student.

Faculty: Right, but – but he’s contracting –

Faculty: For a very long period of time –

McClure: Maybe he was, but he was not on contract.

McClure: So I’m very confused about membership and what –

McClure: Why we should embrace him on campus –

Faculty: He’s also organizing on campus the Colorado film festival. Is that correct?

McClure: That is correct.

McClure: And we did not issue this until after his resignation from that.

McClure: The first communication with him was about attending the board meetings.

Faculty: Mmm hmm. Okay. Well, I just, you know, that’s my point in this. Rather than isolate somebody, it seems like somebody could have reached out to him and said, “Hey, Danny, is there an issue?” You know when I talk to him he seems extremely rational, extremely calm, and extremely willing to speak to the issues, you know, and Kurt can speak to that, but – he is very well spoken, he doesn’t appear rash, even through all of this, he seems able to hold back and say, believe it or not, and I think he believes in some way that Watching Adams helps Adams State, by raising real issues.

Danny can still be seen around and about town, holding his head high, but thanks to ASU administration’s countless, relentless, reckless acts of public character assassination (see Ledonne responds to the Board of Trustees and ASU Administration), he has become Alamosa’s own Hester Prynne, shunted to the fringes of society and branded with a scarlet letter. Danny’s alleged crime, though, is quite a bit fuzzier than Hester’s. Is it “V” for Violent? Or perhaps “T” for Terrorist?

In truth, Danny’s great offense has been the persistent exercise of his rights during a time in America of rising inequality and diminished power of the citizenry, where we’re all expected to keep our heads low and our mouths shut. Give him an “O” for Outspoken and Opinionated. Or perhaps a “D” for Dogged and Determined. Or perhaps dust off Hester’s “A” for Activist. In today’s growing national climate of suppressed speech and intolerance for dissent, these are terrible charges indeed.

In repeatedly labeling Danny a nameless “non-employee, non-student,” McClure is demonstrating not just a lack of understanding about the community she now calls home, but a lack of desire to understand it. She hails most recently from Albuquerque, NM, a city of some 560,000 persons, most of whom don’t know each other. She has just landed in a rural, isolated town of approximately 9,500 souls, a place where everyone at least knows of most others – if they’re not actually related to each other – and where individual contributions to the community make a marked difference, where individual contributions are highly visible and therefore more valued.

If she had taken the time to first learn the values of our community, if she had taken the opportunity to listen to those who don’t frequent – or even actively avoid – the hallowed halls of Richardson, she might have learned that Danny is not just a nameless ex-employee. Danny is instead a valued and deeply integrated member of the campus and community. Every time she says, “non-employee, non-student”, those who know him well grit their teeth. In dismissing him so readily, McClure doesn’t realize that she is actually dismissing all of us. That she is dismissing the community itself. That she is actively disregarding the values of our community.

This “non-employee, non-student” has given selflessly of his time for years to countless community organizations and activities. Julie Mordecai of The Complete Non-Profit, Lynn Cotton of the Boys & Girls Clubs of the San Luis Valley, Ashley Riley-Lopes of Tu Casa, and Lance Cheslock of La Puente have all attested to his dedication to the community. This “non-employee, non-student” returned to Alamosa in 2011 at the specific request of Adams State University to build a Mass Communications program from scratch. He did so with the reasonable expectation that he’d have a future role in the fledgling program, once he’d nurtured it to success. While he grew the program, he devoted himself as selflessly to campus activities as he did to community endeavors. He wasn’t and isn’t just a “non-employee, non-student”; he was and is a fully integrated and valued member of the community. Danny has membership in our community.

Yet Danny is now denied many of the greatest benefits of membership in our community. Because he can no longer set foot on campus, he can no longer attend or participate in the myriad cultural and recreational activities that take place on campus. He cannot attend concerts, plays, art receptions, sporting events, or planetarium programs. He cannot spend time at or check out materials from the library. He cannot attend lectures or films. He cannot participate in the university’s periodic community celebrations. He cannot dine or shop at the SUB. He cannot even continue to offer the services he has provided for many years to support multiple community events that take place on campus such as the annual Southern Colorado Film Festival, Hilos Culturales retreat, and Mountain Valley Dance performances.

Several state supreme court cases have affirmed and upheld the importance of community access to public campuses. As just one example, Clarke Reed Watson vs. The Board of Regents of the University of Colorado (1973) notes:

We need not and cannot close our eyes to the fact that a University campus is oftentimes a focal point for the discussion of public questions, cultural events, recreational activities, and general educative functions. The University of Colorado opened its doors to the public. Accordingly, on this basis, we hold that a non-student’s right to access to University functions and facilities, which are open to the public at-large, cannot be permanently denied without due process of law under the Fourteenth Amendment to the United States Constitution.

The case opinion also asserts that, though not an employee, Watson possessed meaningful ties to the University of Colorado:

Further, the evidence indicated that the plaintiff had a substantial, albeit unofficial, connection with the University. He was a consultant to the Black Student’s Alliance, a co-instructor in a course offered by the University, and the Vice-President and General Manager of the Colorado Cooperative Council (an organization which provided low-cost housing for students off-campus). Additionally, the plaintiff had arranged to do consultant work with the University’s College of Environmental Design. Finally, there was uncontradicted evidence at trial that the plaintiff’s ability to carry on these various activities would be seriously jeopardized if he was denied access to the University campuses.

Watson’s campus engagements are directly analogous to Danny’s numerous campus activities. So much for ASU administration’s dismissive argument that Danny is merely a “non-employee, non-student!”

Rather than question why Danny has been so persistent with his employment dispute, we should question why the university has been so persistent in its determination to render him a “non-employee, non-student”. But such questions might reveal some of the darker realities that also unfortunately accompany small town living –small mindedness, prejudice, and petty politics.

Small town small mindedness was not the exclusive domain of Nathaniel Hawthorne’s 17th century novel. It is alive and well today at Adams State and many other institutions of higher learning. Sayre’s Law states that, “In any dispute the intensity of feeling is inversely proportional to the value of the issues at stake.” A corollary principle is “That is why academic politics are so bitter.” Gerhard Casper, the admired former president of Stanford University, acknowledges this reality:

Rendering judgment is a favorite activity at universities…Many who render judgment are impatient…[We tend] to classify people into friends and enemies, angels and devils. We also tend to ask: “Is he one of ours?” “Does she belong to us?” If the answer is presumed to be “no”, we are only too inclined to issue invectives, to call for excommunication. I urge us not to pose these questions, but to ask instead “What does he have to say?” “Where is she wrong, where might she be right?” “What is good about her, in addition to what is bad about her?” “On balance, how does this life sum up?” Sitting in judgment is necessary and unavoidable. But judgment, especially judgment at a university, that is not based on making every effort at understanding, including understanding the context, is no more than an exercise in arrogance.” (The Winds of Freedom, p. 58).

Rather than ask what information about Danny we ordinary folk may not know that administrators are privy to, as has been frequently expressed across campus in recent weeks, we should instead ask whether President McClure has made every effort to understand the full context of Danny’s situation before rendering judgment.

Here’s hoping that ASU recognizes it can still write a better ending to this tale – that it can rise above the pettiness, rise above Sayre’s Law, acknowledge Danny’s membership – yes, membership – in our community, bring him back into the fold, and move on.