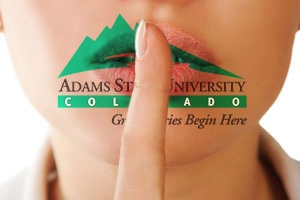 Are committees to be quasi secret societies, or is ASU going to walk the talk about shared governance and transparency?

The issue arose at the last Faculty Senate meeting (December 2nd) when some members voiced concern about the possible presence of audio recorders. Are such recordings legal? Can they be legally distributed to other audiences? Won’t speakers be inhibited if they fear their words will be anonymously recorded?

The ubiquity of cellphones means that the issue is already cooked. Unless you search all attendees, you can’t prevent it. And besides, despite several lines of inquiry to lawyers, faculty members have not found any clear prohibition against anonymous recordings, or about their dissemination. More to the point, if ASU does indeed believe in institutional transparency – and its website has multiple references to that aspiration – then the discussion is over.  As a matter of practice, every Faculty Senate meeting should be officially recorded and the recording posted online so the playing field is level.

But apart from the philosophical point of view, there are overwhelming practical reasons for accepting the use of recorders without caveat.  The first is that, perusing historical minutes of many committees, the quality of scribing-by-secretary is highly variable, generally patchy and in many cases, incomprehensible. Often decisions are minuted but the rationales for those decisions are not. Without context, readers can be left scratching their heads as to why a committee did what it did!

Second, having a single “official” written document is open to abuse by officials. Cleaning up minutes after the event is not uncommon, and before cellphone recordings, was almost impossible to challenge.  It is interesting to note that one senator feared that recording devices would create an environment “where people don’t want to speak.” It begs the question; what other conversations have occurred in past Faculty Senate meetings that have not made it to the official record? Such doubt erodes trust not only in the senators but in the decisions they make.

Third, audio recordings are vastly richer in information than committee minutes. If we truly want to engage our employees, then audio recordings allow listeners to “be there in the audience” participating at least vicariously, listening to the drift and condensation of ideas, helping them to understand why particular decisions were made.

Fourth, audio minutes are instantly available from a variety of sources. By contrast, the Executive Team has not posted meeting minutes since January; the President’s Cabinet, not since February – see ASU Administration Behind the Times on Meeting Minutes.

Fifth, voice recordings protect everybody except the furtive.

Let’s close with a few words from our leader, Dr. McClure, who emailed campus on October 20th: “Under my leadership, Adams State University will remain as open and transparent as possible.”

Why not embrace the technology for its advantages and open up to openness?